#duranduran (and a little Prince)

This is a late post but the past few weekends have been busy around here! Also, the Atlanta Spring weather has been perfect & I never want to be sitting in front of a computer when the sun is shining with no humidity...or mosquitoes. :-)

But, it's still beautiful outside & here I sit in front of my computer to write all of this because I want to remember.

Fun times are important to remember. 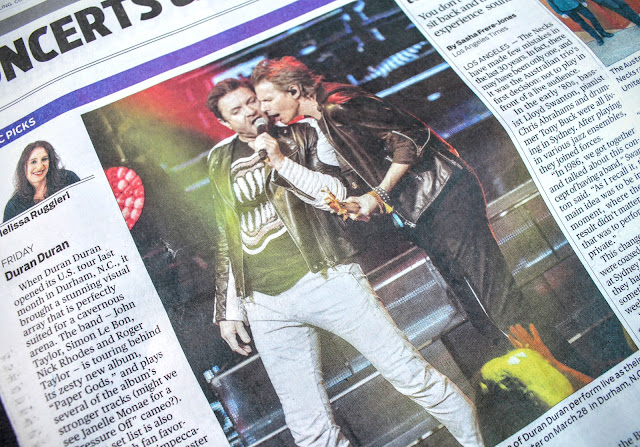 A little while ago, Google Play offered a free download of Duran Duran's new album (are they called albums anymore?) Paper Gods - the title track is brilliant! I downloaded it & then kinda forgot about it - which was stupid because it also features Janelle Monae & Nile Rodgers (check out this song here).

I was driving to work, shuffling songs, when one came on I didn't recognize.  My first thought was I didn't download this, & then Simon LeBon's voice kicked in & happiness kicked in & I smiled all the way to work. And this song got stuck in my head - no complaints!

A bit later, my Cousin posted on FB that she got to go to their Tampa concert & met Nile Rodgers!  D2 is touring with Chic (!!!!!) & Nile is a cancer survivor. How cool is it that she got to meet him? He was super kind to her too; I will forever be a fan.

About a week later, (April 11th to be exact - 'cause I know you want to know the date too ;-) I heard a woman win Duran Duran tickets on the radio.  I didn't realize they would be in Atlanta that same week.  She was also going to the rescheduled Prince show the day before the Duran Duran concert & was super-happy.

Prince rescheduled his original Atlanta date because he was sick the week prior, which led to Prince on a Thursday night & Duran Duran on a Friday night - the same week?!?  The 80's-gods aligned. So, yes, she was a lucky lady indeed!

I knew there wasn't a chance I could score Prince tickets, but I figured I could for D2 - all the signs seemed to be leading to going to Duran Duran.  So I did! One of my co-workers even helped me pick out seats (& parking) as he almost lives at Philips Arena & knows the deal - they were great seats!

I've seen Duran Duran in concert more times than I can remember; I first saw them at age 12 (ya'll, I am 44 now). Here is my profound thought from back when I saw them in 2000 (holds true today): 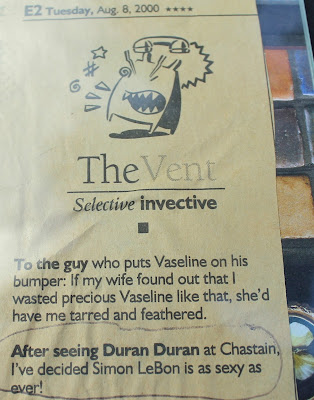 I guess I felt the need to circle it too - I was SO excited to get into the AJC Vent - anybody remember The Vent?

I could write for days on how much they mean to me & how much they influenced my taste in music.  I will spare you all my Duranie-ness except to say they were a massive bright spot.  When I listened to their music & watched their videos, I felt so much happiness (so much fun!) & like I could breathe - as if I had been breathing the wrong way my entire life & was finally learning.

Ever had that feeling? Dramatic?  Maybe, but also true.

With great thanks, many things have also made me feel this way: loved ones, books (so many books!), conversations, paintings, movies, beautiful weather, photographs, even some TV shows, & lots of songs/music - lots of things.

Look for these things, this Breath (call it anything/any name); it's there & it's freedom.

Yeah, I really loved them & still do...doesn't hurt they are super cute too.

I bought two tickets & then needed a partner in crime...my Mom delivered!  She'd never seen them live so it was perfect. To say we had fun would be a ridiculous understatement; I will say my face hurt the next day from smiling & singing so much.  If I ever start forgetting things, I am going to use my D2 albums as therapy because I sang the lyrics to Planet Earth like it was still 1981!

And speaking of Planet Earth, they merged it into a great David Bowie tribute with Space Oddity.  Loved!  Chic - they were also AMAZING - did a cover of Bowie's Let's Dance. So freaking cool!

My Mom's shot of the Chic - I know it's hard to see, but it was a true dance party on that stage: 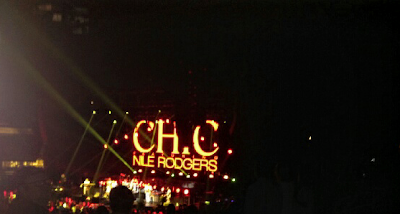 And one of her shots of D2: 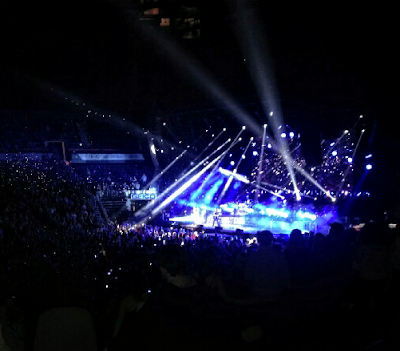 Their show was as much about the music as it was visual art.  The set had lots of very cool video & still images than ran throughout the show.  True to form for Duran Duran.

As a part of their encore, they dedicated Save A Prayer to Prince.  They knew he had just been in Atlanta & explained he fell ill while flying back home.  They asked everyone to turn on their phones & shine lots of light to Prince.  It was beautiful.

Pretend my phone takes great low-light shots - I do love how the purple comes through: 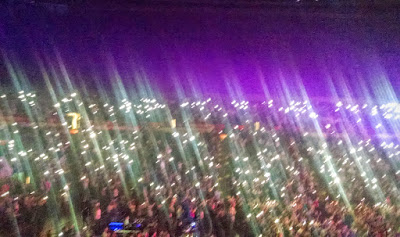 And then, less than a week later - heartbreak.

To Prince, thank you for so many wonderful songs. These two songs I love, love, love. I know you are at peace & happily resting in the real Paisley Park.

Have fun,
S
ps:  In most cities, they will also send you a free copy of the new CD as part of your ticket :-) - mine arrived in the mail today: 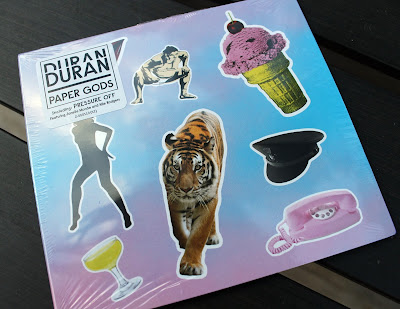 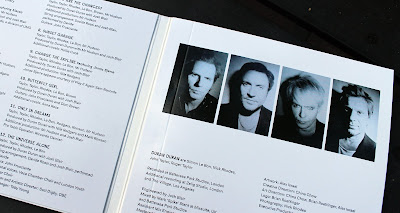