The Only Time I will Push Drugs

Earlier this week while I was driving to work I heard this story. Before it was even said, I knew it was going to be about naltrexone. Naltrexone is a drug used to aid in addiction - usually, drug addiction & this story highlights how it's also helping those struggling with alcohol.

I've never used or abused drugs & have always been a take it or leave it drinker (I hate the taste of beer & wine often triggers migraines for me) so why do I know about this drug?

For the past 15-16 months, it's completely changed my life. It's changed my life so much, that in many ways I feel unmoored - not myself at all - but that's not necessarily a bad thing.

When I was 8-years-old, I started pulling my hair. I don't know why, but it always felt right. Like scratching an itch feels right, breathing feels right, or you-fill-in-the-blank feels right. It felt like something I needed to do, so I did it. And, no, it never hurt to do so.

I did this regardless of being called:
What 8-year-old kid asks for any of this?

I needed to pull, hated the results, but also knew I could not stop.

At 16, I found out that other people actually pull their hair too (what!?!) & it's called trichotillomania or TTM. That knowledge alone gave me great relief, but not much else did. I saw various doctors & therapist & was prescribed a laundry list of anti-depressants & anti-anxiety drugs - some would temporarily help but then my brain always figured out a way around them.

And believe it or not, you can pull your hair & not be depressed - it might not make you the happiest (or hairiest - ha!) soul roaming the earth, but it doesn't mean a life sentence of clinical depression or anxiety. It basically means you just have to find your own version of "normal", but who doesn't?

Fast forward to late 2015 & one of my doctors suggested a drug called Revia (naltrexone is the generic). She had no idea if it would help me but it might be worth a shot?

Since starting this medication, I've not pulled. At. All.

I'm now 45 & as someone who has been battling TTM for the majority of my life, this is kinda freakin' crazy to me! Why wasn't this drug prescribed to me sooner? Do others who pull know it's out there?

When I do have an urge to pull, I am now able to step back & actually think about it & my decision is usually "meh, nope, or maybe I can revisit this later" - but I never do. It's helped slow my impulses down & helped me become more self-aware.

If I accidentally skip a dose (I get an electronic notification every day) I notice it. My hands get "feely" & start making their way to my head - I get antsy, to say the least.

This medication has been a major tool in my arsenal, but I also credit seeing a therapist, having a lot of supportive people in my tribe, & working as hard as possible to reduce the overwhelming shame that is tied to this disorder. There are pills for anxiety and depression, but there are no pills for shame. Shame gets defeated by empathy & love. And by a cousin who will pose with you for a picture like this: 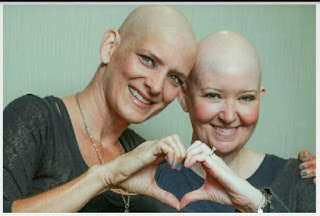 Yep - that's ME (the shorter one) & my cousin's hair has now grown in beautifully post-chemo. Mine? Well, it's getting there. Decades of damage can't repair itself overnight & let's just say I'm probably a great candidate for The Hair Club for Men/Bosley/whatever it's called. :-) I asked her to pose with me because I knew I couldn't do it alone & then quickly posted it on FaceBook. I am not a huge fan of FB but I knew it had to be there/would be the most impactful - and scary!

And guess what? I didn't actually die of shame! 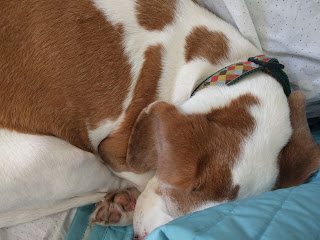 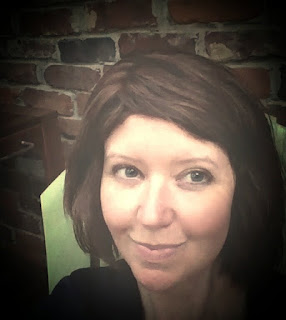 ps: As always, talk to your doctor about any medication - make the best decision for you. If you have a loved one who pulls share this info. If you have a co-worker/friend/relative who wears a wig: STFU, support them & treat them as you would anyone else, tell them when their hair looks great & stop staring. (thank you)

I have no affiliation with this drug's manufacturer; I just wanted to get the info out. If you'd like to learn more about trichotillomania please visit The TLC Foundation for Body-Focused Repetitive Behaviors. (double thank you)

pss: Update! (1/26/2018) I went to see my doctor a couple of months ago because my refills were up. She explained that most people use this drug temporarily & that's it. She also explained that there have been no studies on people (like me) that have been using it long-term. So...I am still taking it (it's been about two years now), but it's good info to have. Again, talk to your doctor to see if this is a good fit for you.